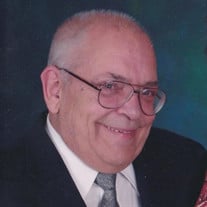 Reverend Robert “Bob” Huguenin joined his savior December 2, 2020. Bob started his life on June 27, 1943 in Brooklyn, NY. He met his wife, Sandra, of 55 years while water skiing on the bay of Long Island, where together raised their family of three children. Bob spent his early adult years as a Marine then went to work for Grumman where he helped to make the Apollo Lunar Excursion Module (LEM) which is currently still on the Moon bearing his initials. He retired as the youngest retired Warden from the City of New York’s Jail, Riker’s Island and moved to Crawfordville Florida to start the next phase of his life as a business and small farm owner raising miniature horses. He was a co-owner of the Wakulla Travel Agency with Sandra and his sister-in law Bernice. He represented the business community as an active member and later President of the Wakulla County Rotary and member of the Wakulla Chamber of Commerce. Bob closed the Agency and turned his mission into his third career as an ordained Episcopal and then Anglican Priest with his focus of Prison Ministry. His parishioners were the inmates of the Wakulla and Franklin Correctional Institutes. Father Bob is survived by his wife, Sandra Huguenin; his three children Rob Huguenin, Laura Bentley of Crawfordville and Lynn Hiscocks of Sydney Australia. His four grandchildren, Cassie, Samantha, Josh and Sarah. His four siblings: Maureen Neira, Roger Huguenin and Marilyn Huguenin of Long Island, NY and Dick Huguenin of St. George Island. It was his wishes to forgo a service and wished that those who loved him would honor his mission and support the Prison Ministry by donating to www.Kairosfl.org Skip & Trey Young with Family Funeral Home are assisting the family with their arrangements. 850-926-5919 Familyfhc.com

The family of Robert "Father Bob" Huguenin created this Life Tributes page to make it easy to share your memories.