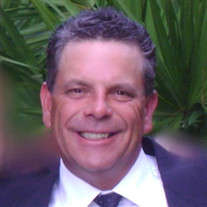 Jerry Donald Cash, 56, of Crawfordville passed peacefully, Thursday, October 13, 2016 at his home on Lost Creek. Jerry was the son of Daphine & Willie Burton Cash, born May 11, 1960 in Raleigh, North Carolina. Jerry grew up in the Tallahassee area, and graduated from Wakulla High School in 1978. Jerry married his high school sweetheart, Traci Brown Cash, in 1981 and they made their home in Crawfordville. His proudest accomplishment was his two children, Shelby & Tanner. Jerry was a skilled and artful brick mason and the owner of Cash Masonry, Inc. He was passionate about brickwork and left his mark on many homes and buildings in the North Florida area. He was an avid hunter, an exceptional fisherman, and he loved to dance. Jerry was truly larger than life, he was quite outspoken and his laughter was infectious. His presence would light up a room, he never met a stranger, and always enjoyed an audience. He had a quick wit and an endless supply of stories and jokes. In addition to Traci, Jerry is survived by his children, Shelby Cash Dotson (Allen) and Tanner Burton Cash, his mother Daphine Parrott Cash, his sisters, Wanda Cash Bonesteel (Jerry), Bonny Cash Kyle (Clint), his brother Jimmy Cash (Stephanie), and a number of beloved nieces and nephews. Jerry was preceded in death by his father, Willie B. Cash and his infant daughter Chelsea Cash. The celebration of Jerry's life will be held on Monday, October 17, 2016 at Sopchoppy Southern Baptist Church 117 Curtis Mill Rd. Sopchoppy FL 32358. The family will receive friends at the church from 1:00-3:00 pm, with the service beginning at 3:00 pm.

Jerry Donald Cash, 56, of Crawfordville passed peacefully, Thursday, October 13, 2016 at his home on Lost Creek. Jerry was the son of Daphine & Willie Burton Cash, born May 11, 1960 in Raleigh, North Carolina. Jerry grew up in the Tallahassee... View Obituary & Service Information

The family of Jerry Donald Cash created this Life Tributes page to make it easy to share your memories.

Send flowers to the Cash family.