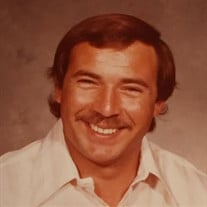 Henry Melvin Carter, Sr. passed away September 6, 2017. He was born June 24, 1950 in Baxley, Georgia, to the late Mary Lee Strickland Carter and John Wesley Carter. Melvin is survived by two daughters and one son all of Tallahassee, Florida,... View Obituary & Service Information

The family of Henry M. Carter created this Life Tributes page to make it easy to share your memories.

Send flowers to the Carter family.