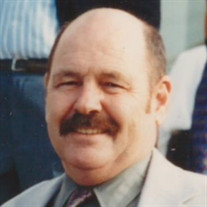 Daniel Isaiah Corley age 79 was born January 7, 1940 in the Curtis Mill area near Sopchoppy, FL. He was the son of Joe Bartow Corley and Bashiba Thompson Corley. Daniel is survived by his wife, Marian O’Brien Corley from Antigo, Wisconsin. The couple met at the Naval Air Station in Memphis, Tennessee where he served as the Flight Training Officer and she worked for the Red Cross. The couple were married for 54 years. He is also survived by his son Damon Bartow Corley of Mexico Beach, FL a Biologist at Tyndall AFB, FL; son, Jason Todd Corley an Electrical Engineer for Karl Storz Corp. in Santa Barbara, CA; and daughter Dana Michelle Corley, who lives with her mother in Sopchoppy. Additionally, he is survived by his three grandchildren Evangelina Grace Corley age 8, Morgan Jo Corley age 5, and grandson London Dan Corley 19 months. They are the children of Jason and Jojo Corley of Santa Barbara. Daniel is survived by four siblings Audrey Golden of Tallahassee, Gracie Roberts of Smith Creek, Lavada Haldeman of Jacksonville, and Donavon Corley of Ocala. He is also survived by numerous nieces and nephews in the Tallahassee area and other parts of Florida. Daniel was predeceased by his parents Joe and Bashiba Corley, Brother George Corley, and two sisters Ilene (Duggar) Spears and Erma Lee Daniels. Daniel attended grade school and high school in Sopchoppy. He enlisted in the Navy at the age of 17 to take advantage of a program called “Kiddy Cruise” for those under 18. After only two years of aviation training in Pensacola he was qualified to fly A4’s and later qualified for the A7. He flew off of the aircraft carrier USS Independence in Asia and Europe and later off of the USS Kitty Hawk during the Vietnam Conflict as well as the Cuban Missile Crisis. Daniel retired as a Commander in 1978 after 21 years of service. During his years of service Dan received the Air Medal (individual Star and # 10), the Navy Commendation Medal with Combat V, the Vietnam Service Medal with 3 stars, Vietnam Campaign Medal and the Armed Forces Reserve Medal. His last assignment was Chief of Naval Education and Training Support. Upon retirement Dan decided to further his education. Previously, he had achieved a BS in Civil Engineering from the Naval Postgraduate School at the Presidio in Monterey, CA. In retirement he continued his education for three years at Stanford University (Graduate School) in California, achieving an advanced engineering degree titled the “Degree of Engineer” in the field of Petroleum Engineering. Applying his degree, in 1982 Dan and family moved to Claremont, CA to do research for Chevron. During his tenure at Chevron he registered three Patents. Later he went on to start and run his own company called Infield Petroleum. In 1999 Daniel, wife Marian, and daughter Dana sold their home and moved aboard a boat called Windwalker III. It had been their lifelong dream to sail around the world, so they did. It took them nine years to nearly circumnavigate the globe. Son Jason joined them for the longest stretch from Ecuador to the South Pacific. They sailed from Canada to Turkey in 9 years ending in 2008. They cruised from Canada to Mexico and all along the coast of Central America and had extended stays in Costa Rica, Panama, and Ecuador. They visited the Galapagos, and many South Pacific islands with long stays in Tahiti, Penryn, Cook Islands, Samoa, Indonesia, and Malaysia. During the hurricane season(s) they stayed in Australia, New Zealand, Thailand and India. They sailed the Windwalker III through the Red Sea to Israel with longer stays in Oman, Yemen, and Egypt. After reaching Europe they had extended stops in Greece, Italy, France and Spain. Throughout their travels the family bought old used cars for land travel and occasionally rented small apartments. Friends and family members often joined them on land travels. The family finally flew home to Sopchoppy from Germany in 2008. Daniel eventually sold the Windwalker in Turkey. Dan was a member of the Lion’s Club of Sopchoppy and participated in many organized, and unorganized, volunteer activities around the Sopchoppy area. He was constantly of assistance to friends and family in Curtis Mill. He remained physically active managing his property and helping neighbors with theirs. He was in exceptional health but experienced a massive brain hemorrhage on January 15, 2019 while working on his property. The funeral was performed by Dan’s cousin Pastor Robert Thompson at the Pentecostal Church in Curtis Mill. Speakers were Mitchell Thompson, Warren Harden, and Glen Thompson. Daniel’s niece, soloist Beth Carter sang “Sheltered in the Arms of God”. She was accompanied by Howard Abraham. Taps were played by Pastor David Allen of Sopchoppy Southern Baptist Church, following which; food was served in the fellowship hall of Pastor Allen’s church. Food service was provided by and coordinated by the Sopchoppy Homemakers and the Methodist Women’s Club. Specifically, his cousin Lorene Vause and niece Sharron Kemp were invaluable in accomplishing an exceptional service. Dan’s ashes will be scattered by his family at his home farm in Curtis Mill and in the Redwoods of California.

Daniel Isaiah Corley age 79 was born January 7, 1940 in the Curtis Mill area near Sopchoppy, FL. He was the son of Joe Bartow Corley and Bashiba Thompson Corley. Daniel is survived by his wife, Marian O&#8217;Brien Corley from Antigo, Wisconsin.... View Obituary & Service Information

The family of Daniel Isaiah Corley created this Life Tributes page to make it easy to share your memories.

Send flowers to the Corley family.