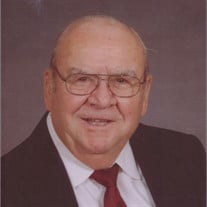 Clarence Love Morrison Jr., 89, of Crawfordville died Tuesday, November 22, 2016 at Tallahassee Memorial Hospital. He was a native and a lifelong resident of Wakulla County. He was born June 28, 1927 to Clarence Love Sr. & Elizabeth Smith Morrison in Sopchoppy, Florida. Clarence learned how to work hard at a very young age after his father died; he and his mother owned and operated the Morrison Grocery Store in downtown Crawfordville. After graduating from Crawfordville High School in 1945 he had a leg injury that prohibited him from active military service. He joined the Merchant Marines as a Seaman during World War II. In 1949 he became employed with the State of Florida Department of Administration, where he was a Budget Analyst assigned to several different agencies. He was active in the community and served on the Tallahassee Community College Board of Trustees, the State of Florida Tuberculosis Board and attended Crawfordville United Methodist Church in Crawfordville for 84 years. He was an avid gardener, hunter and fisherman. Clarence was a natural storyteller, and could entertain you for hours with tales of his ancestors and the history of Wakulla County which he dearly loved. In 2011 he authored "The Grits Eaters" depicting life of Wakulla County, Florida residents after the civil war. Survivors include his loving wife of 66 years Wilhelmina White Morrison, two daughters Sarabeth Jones (J.D.) & Mina Sutton (Andy), one son Trey Morrison (Sherrell), ten grandchildren: Will (Amanda), Sally (Tim), Tanner (Amber), Amy (Kyle), Amanda (Jordan), Libby, Clay, Jeanie, Sarah & Colt and nine great grandchildren. He is also survived by brother in law Bobby Jack (Gail) White, sisters-in-laws Clara Byrd White, June White Purvis and a host of nieces, nephews and wonderful friends. The family will receive friends Friday, November 25, 2016, 6:00- 8:00 pm at the Crawfordville United Methodist Church. Funeral Service will be held Saturday, November 26, 2016, 11:00 am at Crawfordville United Methodist Church. Interment will follow at West Sopchoppy Cemetery. Donations may be made to the Crawfordville United Methodist Church. Arrangements are under the care of Skip Young with Family Funeral Home & Cremation Services 850-926-5919 Familyfhc.com

The family of Clarence Love Morrison created this Life Tributes page to make it easy to share your memories.

Send flowers to the Morrison family.